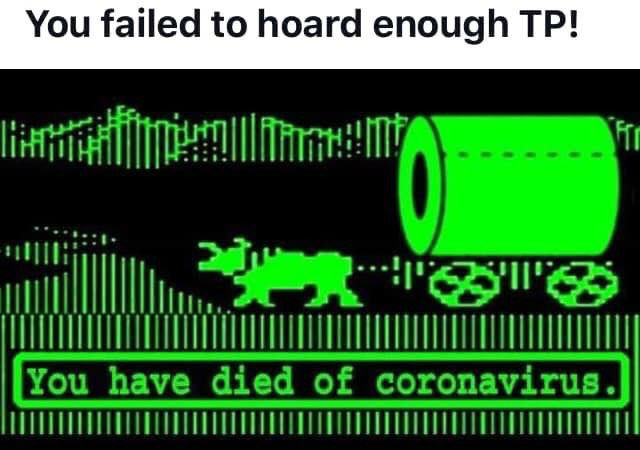 My life has been a 50 year demonstration that when you think it can’t get any worse, it can. But, honestly, I really can’t believe it can get any weirder than it is right now.

We shouldn’t go anywhere, but everyone is at the market. I went to Lowe’s and Albertson’s yesterday and thought how odd that people have no problem with doing those things but the museums and parks we often spend our weekends at are off-limits.

And I have to say is it sucks to work retail. You don’t get the option of working at home. And, in many cases, you only have insurance because in Cali it is required. In other states, you aren’t so lucky. The only thing Republicans have done to healthcare after promising to fix the myriad of problems with Obamacare, is to force people off of healthcare. In Cali, anyone who needs MediCal can get it. In other states, particularly in poor Republican run states like Alabama (where my family is from), if you are poor, they really couldn’t care less.

So, there you are, a retail worker, making minimum wage, and forced to go to work while the rest of the community starts to shut down. I do not know how they are shopping in Wuhan right now, but here, the markets are making a killing. It’s like Thanksgiving Eve at the grocery store—every day.

I find this all so weird simply because I have no issue going to the market but had tons of issues with the schools not shutting down. I suppose this is the way of the human psyche. We might be the only creatures who can actually hold two opposing viewpoints and believe them both equally.

This morning we will venture out again. There are a few things we need. Vegan creamer, vegan Parmesan, more spaghetti sauce, if we can find it.

But we won’t do what I had planned. No trip to Rad or the bakery. No drive to Barnsdall for their family art Sunday. No picnic later at any park (or in the car if it was raining).

It’s OK, though, to go to the grocer. With all the other people.